30% Of Physicians Not Happy With Current EMR/EHR 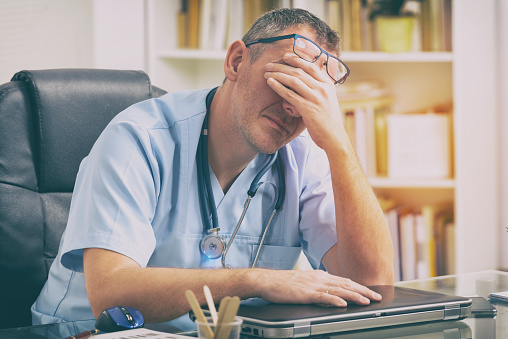 Thinking about replacing your EHR System? 30 percent of physicians surveyed say they’re no longer happy with their old EHR system. What is the #1 complaint? Read on.

In April, Black Book Market Research released the results of a survey they conducted that received responses from nearly 19,000 EHR (electronic health record) users. This was a 6-month client satisfaction survey which provided some fascinating insights into the use and expectations regarding EHR systems and included practices ranging in size from solo to large (15+ clinicians).

One of the most interesting revelations from the survey results was that 30% of practices that have 12 or more clinicians on staff expect to replace their current EHR system by 2021. This is a significant change from previous years, where smaller and solo practices were usually the main ones interested in replacing existing EHR systems because of high levels of dissatisfaction. In previous years, smaller clinics were mainly dissatisfied with the basic features of the EHR they were using.

There were several prominent drivers behind this intention of larger practices to replace their current system, according to Black Book’s report:

The primary driver behind EHR system replacement for most surveyed was a desire for additional customization options. Many physicians feel that their current EHR system doesn’t allow them to modify the system so it better meets their specific needs.

The survey also revealed that, among larger practices, there are three tools that are the most heavily used:

No doubt the issues with functionality driving the selection of a replacement system are impacted by the functionality of these three tools in particular.

Among those desiring to replace their current EHR system, Black Book Market Research reported that 93% are also highly interested in cloud-based mobile solutions. Among those solutions, the highest level of interest involved on-demand data that would provide useful insights into the following critical areas: financial performance, compliance tracking, and contractual quality goals. However, two other major features that ranked highly are virtual visit support and telehealth, at 87%, followed by speech recognition tools, at 82%. These numbers indicate that physicians are ready to move forward with the latest technology in order to heighten their abilities to provide a better range of quality services.

Smaller practices, defined as those with six or fewer clinicians on staff, are not making full use of the features available with their EHR systems. It is primarily more advanced tools that they are neglecting, and these tools include things such as electronic data sharing, secure messaging, clinical decision support, and patient engagement. While their EHR system may come with these features, they are not benefiting from them.

Smaller practices are more focused on basic functionality, and they are more likely to remain loyal to a particular EHR if the system provides the primary tools they need and those tools work well for them. Medium to large practices, on the other hand, look for much more in an EHR system and are currently more likely to be ready to try a new system.

Comparing the Tool Usage of Solo, Medium, and Large Clinics

Larger practices, with 15 or more clinicians on staff, make extensive use of electronic messaging, clinical decision support, and patient engagement tools, with 80% or more of respondents indicating that they use these tools very frequently. Among the medium size practices with 2 to 14 clinicians that participated in the survey, only 28% to 38% used the same tools frequently. Small or solo clinics used these tools even less, instead of using the record sharing tools the most. But even then, only 13% of participants said they used that tool frequently.

In a related study, Black Book discovered that 91% of patients under 50 years old prefer to make use of digital tools related to managing their healthcare. The use of smartphones and computers is a popular method for them. This could begin to cause problems for smaller practices that are reluctant to make use of some of the advanced features to support digital access to health information. Larger clinics seem to be on track to meet the expectations of this demographic, however, with the priority, they are giving to systems that provide tools for virtual visits and telehealth.

The fact that many larger clinics plan to replace their current EHR system by 2021 is a departure from the norm, where it is usually smaller clinics that are looking for a better system. Larger practices may be ready to embrace artificial intelligence and machine learning in order to provide a better range of healthcare services to their patience. Those planning to replace their EHR system are also seeking cloud-based mobile solutions, along with tools that provide insight into finances, compliance, and contractual quality goals. The larger the clinic, the more likely they are to use tools such as electronic messaging and patient engagement. Finally, larger clinic practices match well with the expectations of patients under 50, who prefer to manage their healthcare via digital tools. This indicates that physicians and patients are realizing a need to utilize innovative solutions to administer better healthcare services.