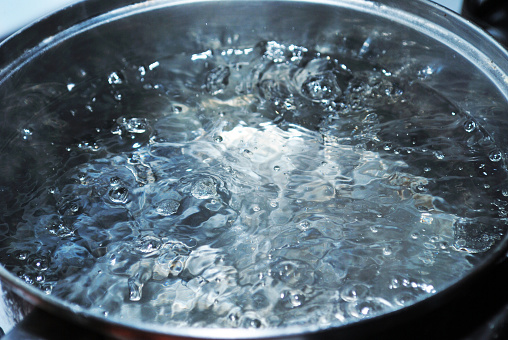 A recent breach left the protected health information (PHI) of more than 19,000 patients in Orlando, Florida completely exposed online for two months before it was detected. What is more concerning, however, is why it took the group of clinics involved five months to report the breach to the Department of Health and Human Services, and six months to alert the affected patients.

How the Breach Happened

The Orlando Orthopaedic Center in Florida hired a 3rd party vendor to handle their transcriptions, as do many clinics and health centers. When the vendor was updating their software during December 2017, they made a serious mistake that misconfigured access to one of their databases. That configuration issue left their server open to the public and accessible over the internet. Anyone who desired could access the patient data stored on that server, and they could do so without any authorization needed. It was two months before the mistake was discovered.

Impact of the Breach

This breach left 19,101 patient records seriously exposed, which was not only a major HIPAA violation but a situation that could easily result in identity theft. Once the breach was recognized, investigators discovered that a great deal of information had inadvertently been made publicly available. This included names, insurance details, dates of birth, medical treatments, employers, and, in a limited number of cases, social security numbers. Fortunately, no financial information (debit card numbers, credit card numbers, bank account numbers, or other financial records) were exposed during the breach.

All patients that received treatment from any Orlando Orthopaedic clinic prior to January 2018 would have been affected by the breach. Investigators were not able to determine if anyone had gained access to what should have been PHI, and none of the affected individuals have, as of yet, reported identity theft or misuse of their PHI. However, the investigators were still unable to rule out the possibility of information theft or unauthorized access to patient information.

The aftermath of the Breach

Orlando Orthopaedic did not find out about the breach until February 2018, two months after it occurred. However, it would be almost six months before the affected patients were notified by mail. The clinics involved have yet to provide a reason for the delay in notification.

As a result of the security breach, Orlando Orthopaedic Center employees are receiving cybersecurity training even though they were not directly responsible for the problem. In addition, the affected clinics are taking additional security measures to ensure that PHI stored both on their own servers, as well as accessible through endpoints, are all secured.

The transcription vendor responsible for the breach has offered all the affected patients one year of free credit monitoring and identity theft protection and restoration services. The vendor has also made changes to their security to ensure that information on their servers remains protected from prying eyes.

In addition, all patients involved have been advised to closely monitor their insurance Explanation of Benefits statements, as well as their other accounts for any signs that their PHI is being used fraudulently. In the event that a patient sees unusual activity, they should notify their insurance provider immediately.

Even if a 3rd party vendor or business partner is responsible for causing the breach, the healthcare provider is still held responsible. In this case, Orlando Orthopaedic is the responsible party even though it was the security of the vendor that was lax, a situation over which they had no direct control. This reinforces the fact that healthcare providers must be thorough in vetting potential vendors.

As already mentioned, it took Orlando Orthopaedic six months to notify their patients of the PHI breach and five months to notify the Department of Health and Human Services Office of Civil Rights (OCR). The OCR should have been notified 60 days after discovery of the breach, according to HIPAA guidelines, not five months. The same deadline applies to notifying patients.

No doubt a fine is to be expected. Presence Health delayed reporting a breach to the affected patients and OCR 40 days past the 60-day deadline. Their fine amounted to $475,000 and was the first case of a HIPAA breach fine for the untimely reporting of a breach of unsecured PHI

Even if the breach of PHI is caused by the carelessness of a business partner (including 3rd party vendors), the healthcare clinic is still the entity held responsible. There is a 60-day deadline for notifying OCR and the affected patients, and failure to meet this deadline will most likely result in a punitive fine. Failure to notify the patients right away can damage the reputation of the healthcare provider. Even offers of credit monitoring and iidentitytheft restoration cannot undo the negative effects of the breach.