We Are Polk County’s #1 Healthcare IT Management Provider

The adoption of seemingly futuristic technologies is creating a new reality in healthcare today. The following are some of the remarkable healthcare technology advances of 2017. 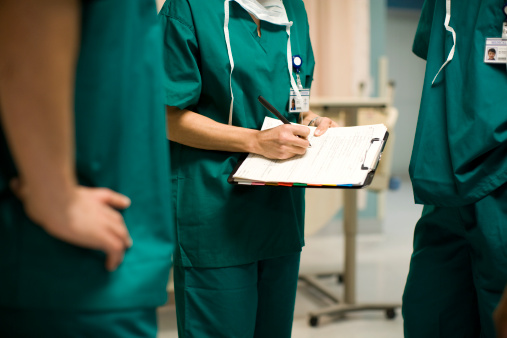 The pacemaker has come a long way since the 1960s when investor Dr. Wilson Greatbatch accidentally invented it. Today, leadless pacemakers have demonstrated high rates of implant success. Companies like Medtronic and St. Jude Medical have created versions that reduce potential risks such as serious infection, venous stenosis or occlusion, and tricuspid valve insufficiency.

It’s estimated that the U.S. needs 96,000 more doctors to meet the current healthcare needs of the national population. During their years of education, physicians are put through a gauntlet of requirements. However, with 3D training solutions, doctors can now learn about anatomy without having to cut open a cadaver. These software tools use CT and MRI scans to convert them into 3-dimensional holographic images of tissues and organs so students can interact with them as if they were real. Medical 3D imaging isn’t new, but with today’s technology, organs seemingly “pop out” of the screen and can be manipulated virtually to provide a real-life experience.

Did you know that less than 10% of hospitals use digital record systems? What’s more, only 54% of referrals that are faxed result in scheduled appointments? Seems archaic, right? This causes backlogs and inefficiencies, not to mention a negative impact on patients’ health. Now there are software platforms that can help providers and staff route patients to the most appropriate, high-quality clinician in a community. Plus, they can integrate this information into an EMR system.

Diagnosing patients has always been a challenge without in-depth testing. Soon, we may have devices that can identify ailments in seconds, versus hours or days: Final Frontier Medical Devices, a Pennsylvania-based team led by brothers Dr. Basil Harris (an emergency medicine physician) and George Harris (a network engineer) took home the 1st place XPRIZE for their artificial intelligence-based engine that learns to diagnose medical conditions. It includes a group of non-invasive sensors that collect data about vital signs, body chemistry, and biological functions to make a quick and accurate diagnosis.

Cardiac transplantation is now a realistic solution for people with severe heart failure that can’t be remedied by other therapies. Survival among transplant recipients has improved as a result of treatments that suppress the immune system and prevent infection.

Unfortunately, the number of heart donors has plateaued—it’s estimated that 50,000 people are candidates for cardiac transplantation, but only 5,000 transplants occur each year. Typically, surgeons in the U.S. preserve organs in a cold solution and transport them in coolers to patients in need. However, this can result in damage to the heart, and in some cases, render it unusable.

Thankfully, a new process called warm perfusion keeps hearts beating and lungs breathing so doctors can assess and treat organs to make them last longer. This has the potential to reduce the chronic shortage of hearts and other organs for transplant by expanding the pool of usable ones.

Acute lymphoblastic leukemia is extremely difficult to treat and progresses rapidly—most patients die within a few months. Now, scientists at Juno Therapeutics put 24 of 27 adults with refractive acute lymphoblastic leukemia into remission, and six patients have remained disease free for more than one year. The use of human T cells has the potential to revolutionize the way cancer is treated and can be effective regardless of the type of previous treatments that patients have undergone. Patients can also avoid the long-term side effects from current treatments.

Clinical trials in their current form take many years to complete. Testing a single compound can cost more than $2 billion in the U.S. due to FDA regulations. The process is long and tedious. Now, researchers at Wyss Institute have developed microchips that replicate the functions of human organs. These microchips, called “organs-on-chips” provide an alternative to traditional animal testing. Each individual organ-on-chip mimics the physical microenvironment of living organs, including breathing motions in lungs and deformations in the intestine. They provide a window into the inner workings of human organs.

3D printing has been around for many years and has been used mostly in manufacturing. It has now expanded into the healthcare industry where it’s used to create custom prosthetics and dental implants. Now, 3D printing may also change the pharmaceutical world forever:

Personalized drug dosing Researchers can now produce personalized 3D printed oral tablets. This may be helpful for patients who respond to the same drugs in different ways. A doctor or a pharmacist would be able to use each patient’s individual information to produce their optimal medication dose, rather than relying on a standard set of dosages. Pills could be printed in a complex construct of layers, with a combination of drugs to treat multiple ailments at once. In this way, a single pill could be used for everything.

More complex drug-release profiles Drug-release profiles detail how a drug is broken down when taken by the patient. 3D printing makes it possible to print personalized drugs that make them release as they should. They build a barrier between the active ingredients so researchers can study the variations of the release more closely.

There’s a new treatment in the making where the blood of people under the age of 25 could be used to reverse the effects of aging. Companies like Alkahest are identifying the key proteins in plasma that can rejuvenate human tissues and then hope to manufacture a product that uses them. This will likely take 10 to 15 years to complete. However, over the next two years, Alkahest plans to take human plasma and divide it into fractions and test them in mice to see if they boost brain function. If they do, they’ll be used in human trials and developed into the first generation of blood anti-aging products.

The Internet of Things for Healthcare (IOT)

IoT is the inter-networking of physical devices, connected devices (like vehicles) and “smart devices” (such as buildings, and other items) that are embedded so they can collect and exchange data.

Now, patients can use the IoT in healthcare. For example, hospitals use it for real-time location services with badges that can track patients, staff, and medical devices. Infusion pumps, wheelchairs, defibrillators, scales and other items can also be located via the IoT.

With Internet of Things devices, clinicians can see what’s going on in operating rooms and determine when patients are ready to be transported to the PACU (post anesthesia care unit). Plus, the IoT helps when checking temperatures of refrigerators or IT closets — as well as for monitoring hand-hygiene compliance.

Today, patients are more like consumers in that they have a choice in their healthcare options; they make the best decisions for quality and cost just as they do with any other product. This trend has been accelerated by the Patient Protection and Affordable Care Act, which left many consumers with large deductibles to find the most cost-effective care. Companies like referralMD, Healthgrades, and Vitals are capitalizing on this by offering patients and providers tools to gauge which providers are both cost-effective and high quality.

GSK’s Bioelectronics R&D unit is pursuing a scientific field that could one day result in a new class of medicines – miniaturized, implantable devices. These devices could be programmed to read and correct the electrical signals that pass along the nerves of the body to treat diseases like inflammatory bowel disease, arthritis, asthma, hypertension and diabetes without pills or injections.

In the future, more health systems will leverage advanced computer systems to provide clinical support for their patients. At present, the volume of healthcare data is about 150 exabytes. At the projected growth rates, the volume of healthcare data will soon be at the zettabyte and yottabyte scale. These computers can process 500 gigabytes/second. We’ll start to see more companies using cogitative computers and licensing them for healthcare professionals around the country.

Genome editing makes specific changes to the DNA of a cell or organism. An enzyme cuts the DNA at a specific sequence, and when repaired by the cell, a change or ‘edit’ is made to the sequence. Intellia is a genome editing company that is focusing on the development of curative therapies. They believe their technology has the potential to transform medicine by permanently editing disease-associated genes in the human body with a single treatment course.

Every year, 600,000 patients have metal coronary stents implanted to treat coronary artery blockage. Most of the time, these stents stay in place forever. Now, the first bioabsorbable stent is available. It’s made of a naturally dissolving polymer and acts much like dissolvable sutures. The stent widens the clogged artery for two years and then disappears, leaving a healthy natural artery. Even better, recovery time has now been reduced from four weeks for metal stents, to just a few days with the bioabsorbable stents.

Thanks to technology, these and other advances have the potential to change the fabric of healthcare for the better and reduce the risks we would otherwise face.